Don and Rhonda were married in 1975.   Rhonda finished college, and son Rhett arrived the next year.  They moved to the farm the summer of ’78 with 2 horses, a few sheep, and a cat and a dog.  Second son Ryan, followed by daughter Allyn to complete the family.

Over the years, improvements were made to the buildings and land with the intent to preserve and restore the original farmstead. The house has been enlarged, but with care to maintain the character of the original structure, both inside and out.  The barn and outbuildings also have been repaired and restored, while retaining the functional aspects of their original and present use.  With countless hours, sweat and blisters later, we have begun to turn our focus and projects to those of choice rather than necessity.

The children are all grown, married, and making their own way, established in their own homes. Each of the 3 have given us a grandchild now. So Braydon, Aurora, and Harper join us at the family table. Count them in as products of the farm, and we can safely say we have prospered well on the land.

It has always been our philosophy to live a simple, productive lifestyle, always aware of our impact on the earth, and the legacy we leave behind. 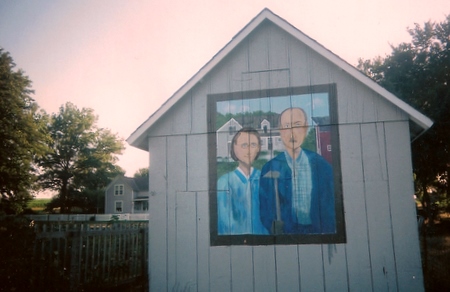